Deficiencies in the Briske et al. Rebuttal of the Savory Method

In this paper, Dr. Richard Teague examines the shortcomings and inaccuracies of his colleague Dr. David Briske’s claims against Allan Savory’s methods.

This paper refutes recent research that finds no benefits for vegetation or animal production under “multi-paddock rotational grazing” in comparison to continuous grazing. It finds that these studies were small scale and fixed protocol experiments that did not adequately match the experience of successful managers. Four key factors in successful “multi-paddock rotational grazing” are identified: (1) Planned grazing and financial planning to reduce costs; (2) adjusting animal numbers or having a buffer area available so that animal numbers match forage availability in wet and dry years; (3) grazing grasses and forbs moderately and for short periods during the growing season to allow adequate recovery; and (4) Timing grazing to mitigate detrimental effects of defoliation at critical points in the grass plant life cycle.

Doing What Works: Sloppy Science is Damaging Rangelands and Wildlife

Article on Holistic Management by US ranch-owner who has used approach on his property. Explains why some scientists mistakenly rejected approach. Circle Ranch is a 10,000-hectare property in West Texas, USA. The owner Chris Gill introduced holistic management techniques under guidance from Allan Savory. Results achieved include livestock numbers have increased by 400%, amount of forage taken has tripled, and substantial increase in profitability.

Regarding Holechek and Briske, and Rebuttals by Teague

This paper investigates the grazing management assessment reports authored by university researchers David Briske and Jerry Holechek that were critical of methods they had attributed to Allan Savory. Criticisms of the Briske and Holechek assessments are provided from three sources: rancher, researcher and writer, Chris Gill, Texas A&M university researcher (and Briske colleague) Richard Teague, and Allan Savory himself. It is shown that the grazing trials assessed by Briske and Holechek – typically fixed time rotations – were not representative of methodologies advocated by Savory or employed by Holistic Management practitioners. It is shown that the Briske and Holechek mischaracterized Savory’s work and that, in fact, the types of trials they reviewed are precisely the type that Savory himself discourages. Missing from their review, as explained by Gill, Teague, and Savory, are management approaches that incorporate ecological goals, that use a proper schema for densities and timing, and are fully adaptive to allow for maximum plant recovery as needed.

Multi-paddock grazing on rangelands: Why the perceptual dichotomy between research results and rancher experience?

This paper refutes Hawkins (2017), “A global assessment of Holistic Planned Grazing™ compared with season-long, continuous grazing: meta-analysis findings,” which argues that Holistic Planned Grazing (HPG) is not superior to yearlong continuous grazing. It is shown that none of the twenty-one papers reviewed by Hawkins were representative of HPG. Not one paper, for example, mentioned Holistic Content, Holistic Management, or Holistic Decision Making that are tenants to the practice. According to the author, none of the studies reviewed by Hawkins mention the Holistic Management Handbook, the “grazing plan & control chart” nor the 17 steps to creating a grazing plan, all central to the HPG protocol.

This paper performs a “quantitative meta-analysis” of twenty-one grazing studies that are claimed to represent Holistic Planned Grazing (HPG) in a comparison with performance data from year long continuous grazing. The paper finds no significant difference in plant basal cover, plant biomass and animal performance and thus refutes claims that HPG is superior in those areas. It does not say it is inferior, only that there is no meaningful difference. The verisimilitude of this paper, however, is itself refuted by Frith (2017) which argues that Hawkins misattributed her reviewed studies to HPG, when, in fact, they were not representative of it.

This paper uses “scientometrics” to understand the structure of science on Holistic Management (HM) to better understand the controversy underlying it. The authors used papers in Web of Science since 1980 citing the work of Allan Savory, as a way of delineating a field that is otherwise “chaotic with terminology.” Their results show that those who take a positive position on Holistic Management are those doing farm-scale (rather than experimental) work in dry climates. Those working within the various disciplines conducting grazing research are more aligned with what is reported in the bibliographic citations and their expressed opinion on Holistic Management practices. There is a need, say the authors, to resolve competing understandings in specific contexts with diverse participants to inform grazing decisions. 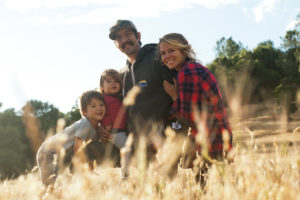